The Jackpot Ranch Foundation was established to provide youth the opportunity to experience an environment that provides inspiration and motivation. 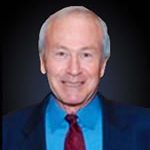 Jackpot Ranch owner Garry Shuster grew up in Canada in what can only be described as abject poverty. “Potato soup was the daily meal with the occasional chicken dinner”.

Then one day, when he was 8 years old, an anonymous person paid Shuster’s way to a week-long summer camp.

He was exposed to a new world that was only in his dreams. The gray veil of poverty was lifted. It was replaced by laughter, fishing trips, and canoe rides.

For the first time in his life he had his own bed, and he didn’t have to share with his siblings.

The experience profoundly changed his life. He decided then and there to do whatever it took to pass on the simple joy he had experienced to others that normally wouldn’t have the ability or opportunity.

Ten years ago, he began his quest in earnest to fulfill his promise to return the favor that changed his life.

He eventually hit the jackpot when he purchase the 72-acre Medicine Man Ranch on the border of the Yavapai-Apache Reservation in Camp Verde.

Since then he has opened the gates to thousands of children to enjoy the experience of the ranch.

“This Foundation reflects a lifetime of hard work and is a dream come true for our family. We hope to partner with the individuals and businesses to enhance the charitable contributions to the Foundation. We want to partner with other non-profits and schools who focus on children. Together we are hopeful that we will inspire, motivate and build a strong future for today’s youth.”

Make a Donation to the Jackpot Ranch Foundation

Every donation makes a difference in the life of a child.